Today is Earth Day, and it’s also National Park Week! Consequently, I thought I’d make a list of some of my favorite U.S. national parks that I’ve visited so far.

Let me start this post with a confession: I actually haven’t been to many national parks. At least, not in my estimation, since there are still so many to explore. But the ones I have been to have absolutely floored me (well, except one or two, maybe). I’ll still never forget my first-ever national park experience at age 23 and the feelings of complete awe associated with it (more on that below). I knew after this that I wanted to explore more. They’re truly some of the best experiences I’ve had in the outdoors. I’ve even visited a couple in Costa Rica: Arenal Volcano National Park, and Santa Rosa National Park! But for this post, I’ll be focusing on the U.S. parks.

(Note: All photos below are mine, but some are very old – including some taken before I even got a DSLR camera – so they don’t reflect my current work.)

Here are my favorites thus far: 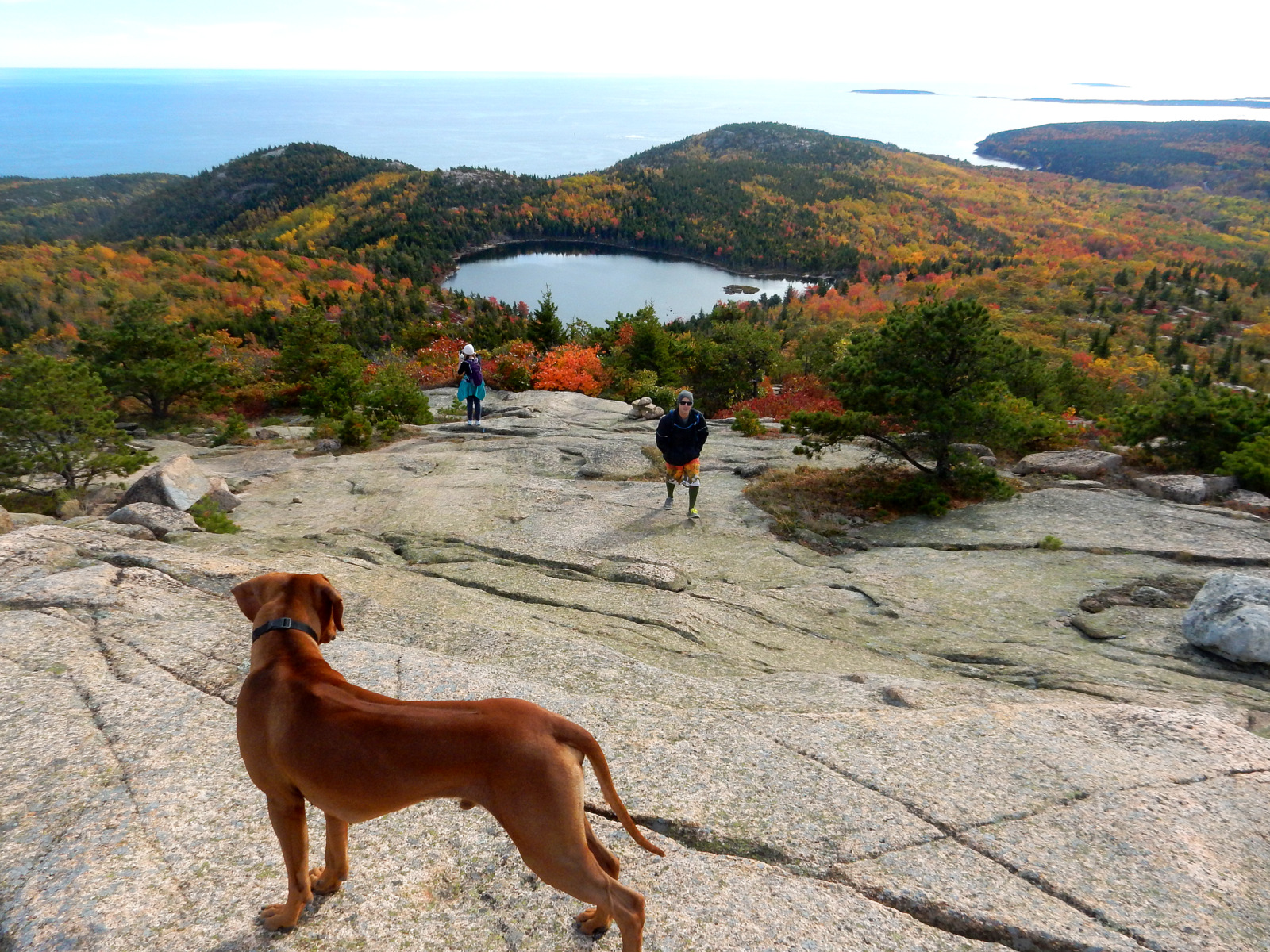 Okay, so maybe I’m a bit biased with this one, but I don’t think so. It’s consistently one of the most visited national parks every year and almost invariably lands on “Best National Parks” lists, and no wonder. Even though I grew up in Maine, I actually didn’t visit Acadia until I was 24, when I went up on a solo trip during National Park Week in April 2014. This is the off-season, so it was easy to get camping and wasn’t terribly populated, even though this also meant pretty barren trees and colder temps. But I love Acadia and I’ve now been probably five or six times. It’s almost overwhelming how much there is to do in this park, from hiking, biking, kayaking, and even longboarding! (Yes, I’ve done this, too.)

There’s still so much to explore here for me, but my favorite hike – which I sorta discovered in 2014 – is a 10-mile loop that runs from Gorham Mountain, past The Bowl (with the option to climb the formidable Beehive, which is not at all fear-of-heights friendly and can and has resulted in death), up to Champlain Mountain (pictured above), down to Park Loop Road and Schooner Head Road, and back to the parking lot. I always stop at Sand Beach, Thunder Hole and Otter Point on the way back, too! No doubt the best time to come is the fall, when the fall foliage is here and will leave you enchanted. 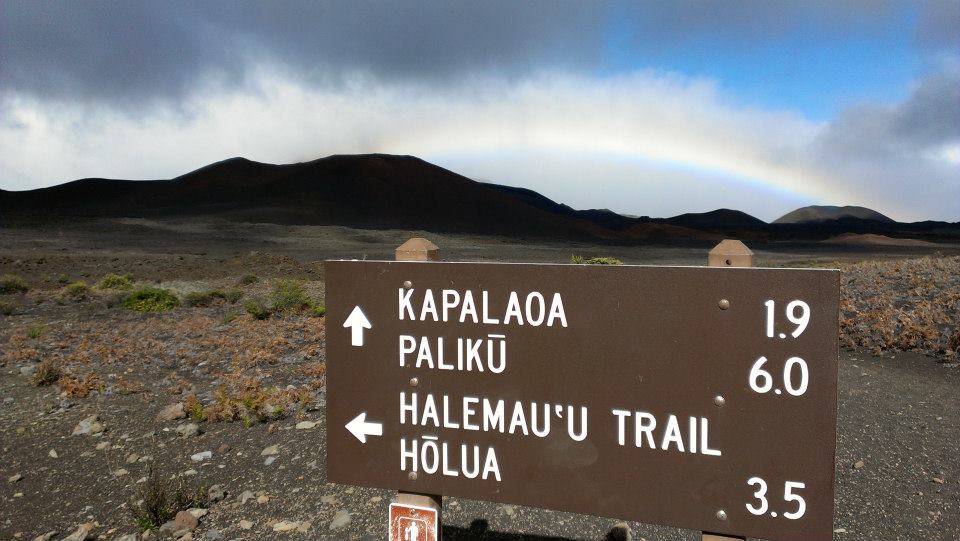 My first-ever national park experience, age 23. Having never really left New England at this age (my parents didn’t have a sense of adventure, and neither did I until my late teens/early 20s), landing in Haleakala was, as one might suspect, freaking mind-blowing. Haleakala (translation: “house of the sun”) is a “shield volcano” with a massive 7-mile crater from end to end (and 2,5000 feet deep) and a summit that reaches more than 10,000 feet.

While here on my first backpacking trip with my friend Jon and a big group of his friends he’d met out there, I got to hike nearly 10 miles to the Paliku cabin, hung around with endangered Nene birds (pronounced “nay-nay”), watch an epic sunset, see one of the coolest rainbows I’ve ever seen, and meditate in pitch-black darkness underground with a few people (with one actually making the “omm” sound the entire time). We also hiked up a zig-zagging and definitely not-for-the-faint-of-heart rock wall that made me practically convulse with fear, since I don’t do well with heights. It was easily one of the coolest experiences of my life, and I earnestly hope to make it back sometime! 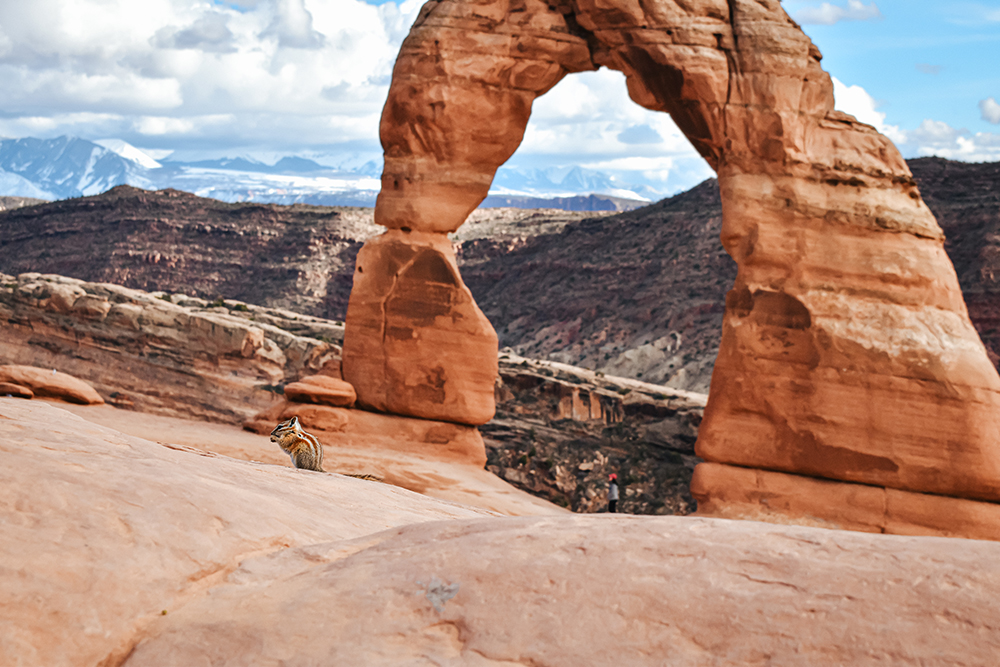 I had been wanting to visit Arches for years, and a trip to Salt Lake City in 2019 to visit my cousin Lee was my chance to finally see it. We drove the three hours from Salt Lake to the park, and were immediately met by a line of cars at the entrance that was absolutely freaking bonkers. While we had to wait, the wait was worth it. We ended up spending the entire day here and did a couple hikes, and I felt like a little kid at the Wizarding World of Harry Potter at Disney. It’s SO. FREAKING. COOL.

Speaking of Disney – the only bummer about Arches was that it was so crowded, specifically on one of the hikes we did. I even likened it to being at a naturally-made Disney, which was kind of a turn off. There were even parents smoking cigarettes on trails with their kids running around screaming. It actually was a good learning experience: to truly experience some national parks and eschew the crowds, you gotta go on the more challenging, less-traveled trails, which I’m perfectly okay with. But most times there’s just no way to escape the crowds, particularly at the more iconic and easily-accessible areas of the park. Nonetheless, Arches (and its neighboring Canyonlands, which we explored the next day) is one of the coolest places I’ve ever been and I hope to make it back eventually. 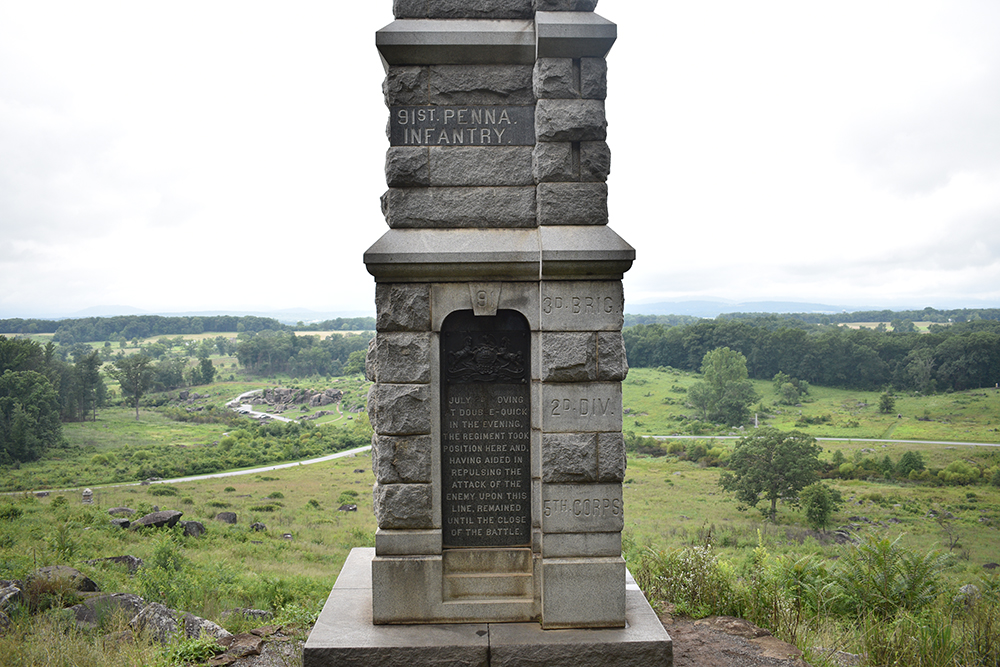 I consider myself a bit of a history buff, and especially having been a Civil War enthusiast for years after reading books (“Killer Angels”) and watching movies (“Gettysburg,” “Glory”) on it, Gettysburg National Military Park was definitely on my list. No doubt the biggest reason in my intrigue about the Civil War is its ties to Maine, specifically Joshua Chamberlain (although Harriet Beecher Stowe, the author of “Uncle Tom’s Cabin,” is a major part, too). Chamberlain led the 20th Maine Infantry during the battle on Little Round Top in Gettysburg, ending with a dramatic downhill bayonet charge that resulted in an important Union victory, which ultimately led to the surrender of Confederate forces at the end of the war.

Not only is the battlefield beautiful, but one can easily feel the tremendous emotional impact knowing you’re walking through history. It’s as if ghosts of the pasts live everywhere here as you saunter around from landmark to landmark, knowing what occurred on this “hallowed ground,” as Abraham Lincoln said in his Gettysburg Address. It was such a cool experience that’s rich with American history, fascinating landmarks and abundant natural beauty. 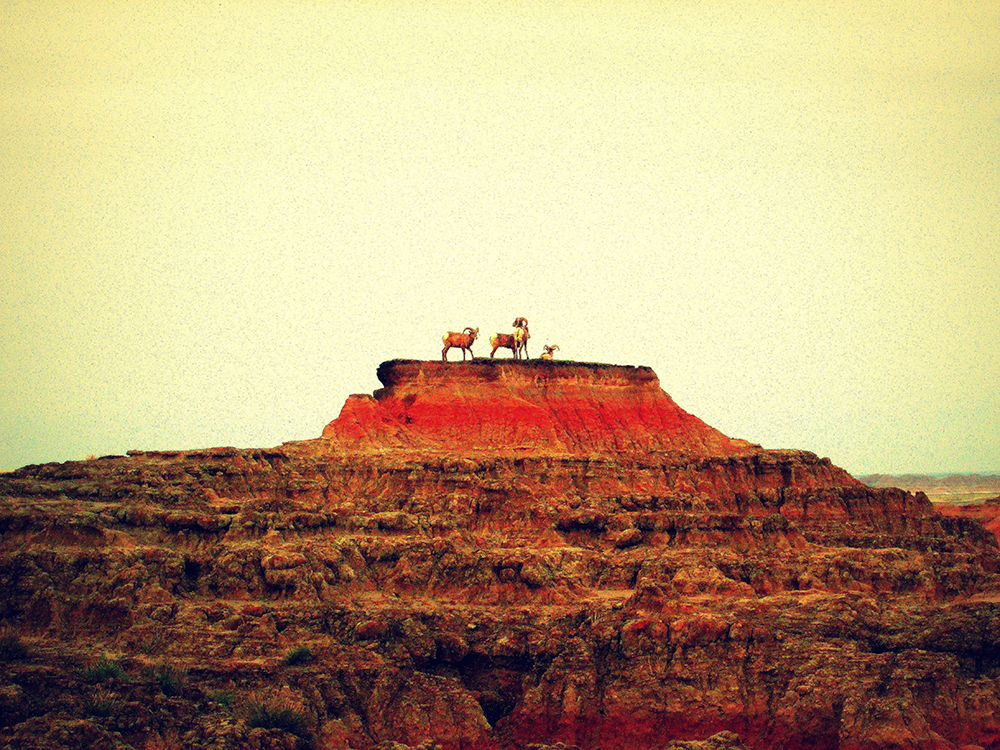 I visited Badlands in 2014 on a road trip to Wyoming with my buddy Josh. He had gotten a job working in the Grand Tetons, so we drove out and made some stops along the way. One of them was Badlands, and it was my first real “out west” experience. Even though I had experienced the vastness of Haleakala, Badlands was different because of its crazy mesas, buttes, hoodoos and spires. I finally felt “out west,” and the park was one of the raddest places I’d ever been.

This grainy and highly edited photo I took on my $100 point-and-shoot Sony camera was from the first night there. We arrived late and hiked around for a bit during dusk. When we came upon this scene, I was taken away. Bighorn sheep were on top of one of the mesas, and two of them were actually wrestling with each other, using their horns! It felt like I walked into a National Geographic moment. That night, after the hike, we slept in a huge open area in a tent under the stars, and it was such an enchanting feeling. Again, remember that I’d barely ever left New England, so coming here was a delightful shock. We hiked even more the next day and had a blast before packing up and resuming our drive to Wyoming.

What about you? What are your favorite national parks? What parks on your bucket list? Comment below!